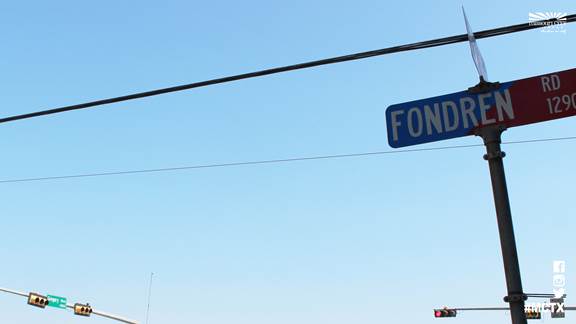 In recent weeks, citizens both inside and outside Missouri City have raised questions about the City’s limits and how the postal office assigns addresses. For clarification, certain homeowners who do not live in Missouri City may have a Missouri City address, however, they are not “Show Me City” residents and thus do not receive City services.

“A good rule of thumb for residents living just outside of the City limits is to check the colors of their street signs. All Missouri City streets have red, white and blue street signs. Neighboring municipalities of Houston, Stafford and Sugar Land all have their own unique street sign colors as well,” said City Manager Anthony J. Snipes. “We understand this may be confusing, but encourage anyone with questions to contact our staff at 281.403.8500, as our City Hall professionals are educated on how to assist citizens, both Missouri City residents and not, and provide answers.”

Earlier in 2017, certain residents of Missouri City’s extraterritorial jurisdiction (ETJ) raised questions regarding annexation. To address residents’ inquiries, City staff has compiled a list of frequently asked questions in relation to this topic:

a. An ETJ, or extraterritorial jurisdiction, is the unincorporated area located within three and a half miles of the boundaries of a city with a population of 50,000 to 99,000. Sienna Plantation, Sienna Point, and portions of Riverstone are examples of neighborhoods in Missouri City’s ETJ. A map of Missouri City’s ETJ’s can be viewed on the City’s website: http://bit.ly/2lsbZJh.

2.  What is the Sienna Plantation Joint Development Agreement (the “Sienna Agreement”) and when did it go into effect?

3.  What property taxes do Sienna residents pay to the City?

a. Property owners in the ETJ do not pay Missouri City property taxes. Except for services provided, Missouri City also does not receive any percentage of Municipal Utility District (MUD) tax revenue.

b. Most commercial properties that serve Sienna Plantation are in the City.

4.  How are fire services provided to Sienna residents?

a. Sienna Plantation has a fire protection agreement with the City of Missouri City wherein the City’s Fire & Rescue Services Department provides services at the same level as those received by City residents. These costs are reimbursed by Sienna MUD No. 1 at actual-cost level. The Sienna Agreement provides for audits to ensure that the City is conducting these services at actual-cost and not for profit.

a. The circumstances in which Sienna Plantation or parts of Sienna Plantation may be annexed into the City include, but are not limited to, the following: in the event 90 percent of a Sienna Plantation MUD has been developed with water, wastewater, and drainage facilities and the developer has been reimbursed by the Sienna MUD in accordance with state law; when land is developed as a major commercial area; and in the event of a bona fide effort to incorporate a municipality that includes any portion of Sienna.

6.  What will happen when Sienna is annexed by Missouri City?

a. Any area annexed into the City of Missouri City will pay City taxes, will no longer pay MUD taxes, and will begin receiving City services such as Police, Code Enforcement, and Public Works maintenance of infrastructure. The City intends to consider the financial feasibility of annexing a Sienna MUD before such MUD is annexed into the City.

7.  Are all areas in the ETJ subject to the Sienna Agreement?