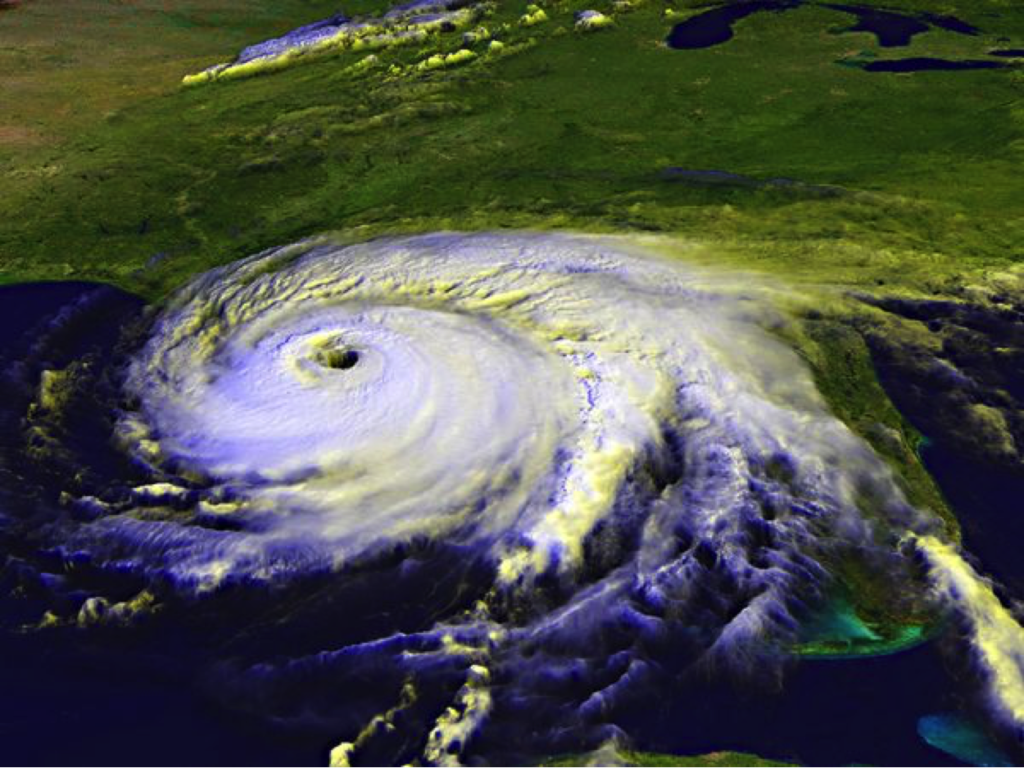 Hurricanes are giant, spiraling tropical storms that can pack wind speeds of over 160 miles (257 kilometers) an hour and unleash more than 2.4 trillion gallons (9 trillion liters) of rain a day. These same tropical storms are known as cyclones in the northern Indian Ocean and Bay of Bengal, and as typhoons in the western Pacific Ocean.

All Atlantic and Gulf of Mexico coastal areas are subject to hurricanes. Parts of the Southwest United States and the Pacific Coast also experience heavy rains and floods each year from hurricanes spawned off Mexico. The Atlantic hurricane season lasts from June to November, with the peak season from mid-August to late October. The Eastern Pacific hurricane season begins May 15 and ends November 30.

Hurricanes are enormous heat engines that generate energy on a staggering scale. They draw heat from warm, moist ocean air and release it through condensation of water vapor in thunderstorms.

Hurricanes spin around a low-pressure center known as the “eye.” Sinking air makes this 20- to 30-mile-wide (32- to 48-kilometer-wide) area notoriously calm. But the eye is surrounded by a circular “eye wall” that hosts the storm’s strongest winds and rain.

These storms bring destruction ashore in many different ways. When a hurricane makes landfall it often produces a devastating storm surge that can reach 20 feet (6 meters) high and extend nearly 100 miles (161 kilometers). Ninety percent of all hurricane deaths result from storm surges.

A hurricane’s high winds are also destructive and may spawn tornadoes. Torrential rains cause further damage by spawning floods and landslides, which may occur many miles inland.

Are you prepared for the next hurricane? Follow these five easy tips to help you plan and stay informed.